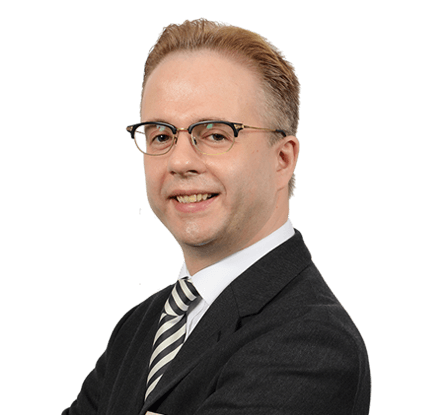 with excellent attention to detail”

Philip is a partner in our corporate services team. He is recommended for corporate in the 2014 edition of the Legal 500, and was short listed for Partner of the Year at the 2014 Birmingham Law Society Legal Awards.

Philip advises a portfolio of clients in the financial services sector, including share registrars, investment managers and IFAs, and has extensive experience of the practical issues encountered in financial services deals. Philip is recognised for his technical expertise and ability to document complex legal structures in a clear and concise manner. He has negotiated and prepared constitutional documents for large corporates, LLPs and prominent trade associations. Philip has also delivered well received company law seminars for organisations including the Black Country Chamber of Commerce.

Philip provides banking support on the firm’s corporate transactions and advises financial institutions and borrowers on all forms of debt funding, where his responsiveness and attention to detail are particularly valued. Philip has advised VC funds on a series of combined equity and debt investments into the healthcare sector, and is noted for his thorough but commercial approach to due diligence. Philip has been regularly instructed to create and update suites of in-house legal documents for funders.

As part of his commitment to supporting new businesses, Philip initiated and developed the George Green Growth Centre, an innovative online resource hub for start-ups. The success of the Growth Centre was recognised when George Green was announced as the Black Country Chamber of Commerce Aspirational Business of the Year 2014.

During his ten years as an LEA Governor, Philip guided The Holly Hall School through its successful conversion to Academy status.

Philip has had a lifelong interest in music, attaining Grade 8 standard on the euphonium and performing in several national concert and competition bands. He now plays acoustic guitar in his spare time.