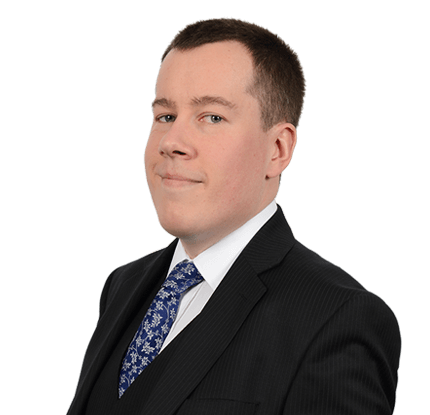 "A real powerhouse who has a history of conducting

Morgan represents claimants and defendants in commercial and corporate litigation including shareholder disputes, insolvency cases, defamation matters and professional negligence claims. Morgan acts for a number of local and national companies and businesses as well as clients based in Europe and the United States. He has a particular interest in company and partnership disputes and regularly advises on unfair prejudice claims, derivative actions, breaches of fiduciary duties and directors disqualification proceedings.

Morgan has extensive experience of representing clients in complex trials and mediations, often over days or weeks. As a solicitor advocate, he has the right to appear before all courts in England and Wales and has successfully appeared for clients in cases reported in both the law reports and the national press.

Morgan has been recommended in the legal guides for several years. The Legal 500 describes Morgan as ‘a real powerhouse who has a history of conducting truly substantial litigation in Birmingham and London’. Chambers says ‘Morgan impresses clients with his “painstaking attention to detail” and dedicated, "reassuring" approach to their cases. He has significant experience of advising on high-value disputes and is described as "confident and decisive" in negotiations. He continues to practise as a solicitor advocate and attracts praise for his advocacy from top counsel’.