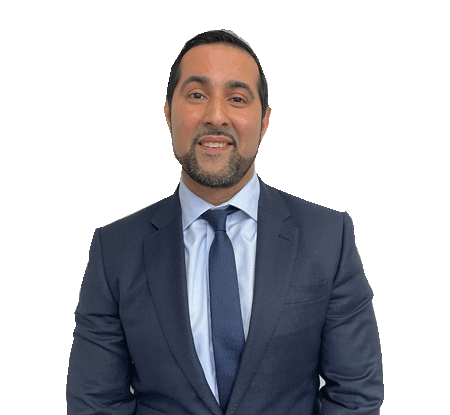 Asad joined George Green in 2021. He is a dual-qualified lawyer, having qualified in Scotland in 2003 and working in England since 2011. Asad trained and spent the first part of his career working for two of the largest commercial firms in Scotland, before working in the Scottish office of Irwin Mitchell for 7 years. Moving to England, Asad worked for a prominent regional firm in Kent, being promoted to partner shortly after joining. He then moved to Birmingham to be closer to his family, where he worked initially for Shakespeare Martineau and, for 6 years thereafter, at international firm, Gowling WLG.

Asad has three children and enjoys a range of sports of varying degrees of physical exertion, ranging from football to snooker. Asad tries to work out at the gym several times a week and would one day like to get back in to the martial arts of his youth. Time permitting, he tries to visit Scotland several times a year to see friends and family.

Some cookies are essential, whilst others help us improve your experience by providing insights into how the site is being used. The technology to maintain this privacy management relies on cookie identifiers. Removing or resetting your browser cookies will reset these preferences.